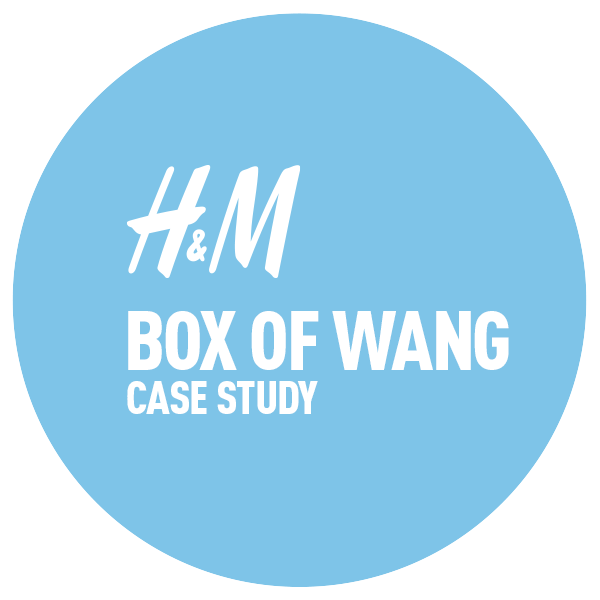 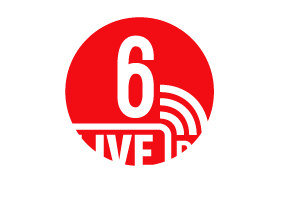 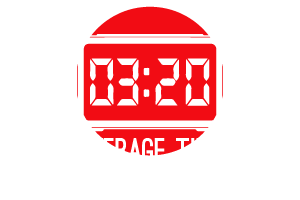 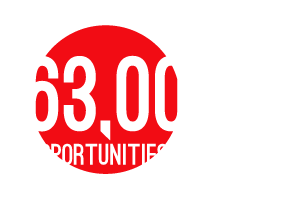 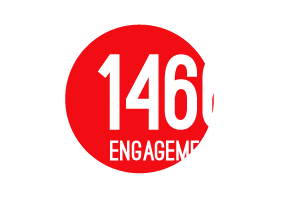 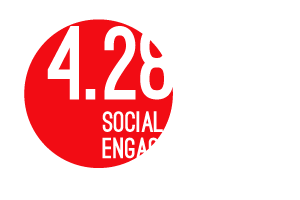 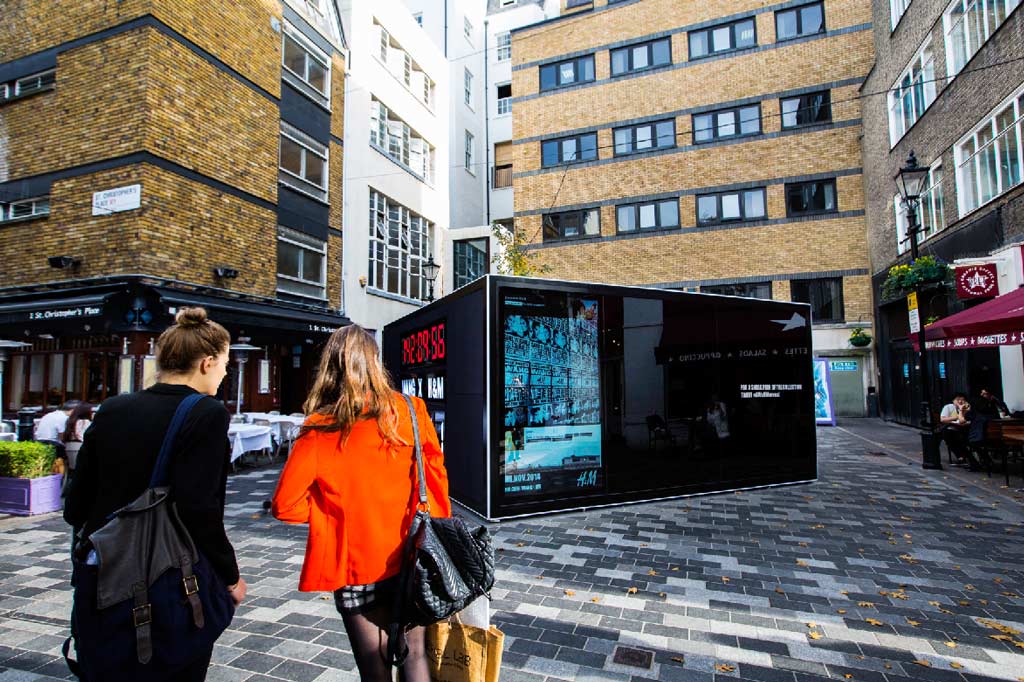 The Box of Wang – was a huge ‘living’ 5m x 5m media cube, that appeared overnight in St. Christopher’s Place, London. The main focus on the box, and the driving force behind the social engagement, was the Tweet and Reveal wall; when a passer-by tweeted the campaign hashtag #AWxHMreveal, one of 10 windows lit up, revealing an item of clothing from the range, previously hidden behind one-way glass.

For those who couldn’t visit the installation, the concept was translated to Twitter. Each user who tweeted #AWxHMreveal received a personalised image and video revealing close-ups of the garments from @hmunitedkingdom. This mechanic allowed everyone in the UK to be part of the campaign increasing global social activity.

The box remained for six nights, before disappearing the night before the clothing launch in store. 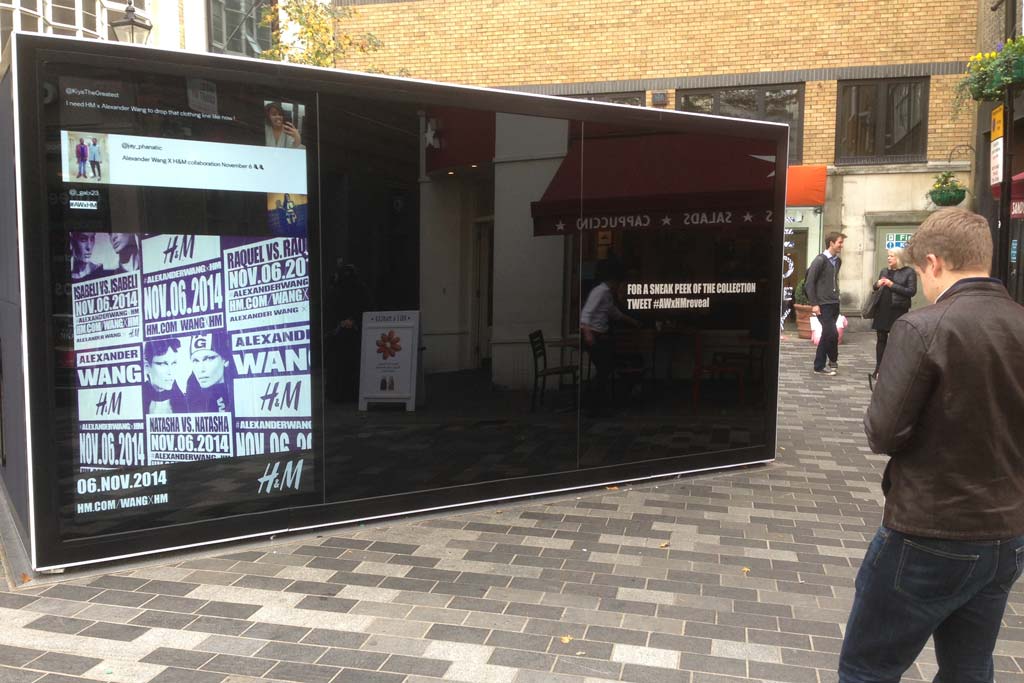 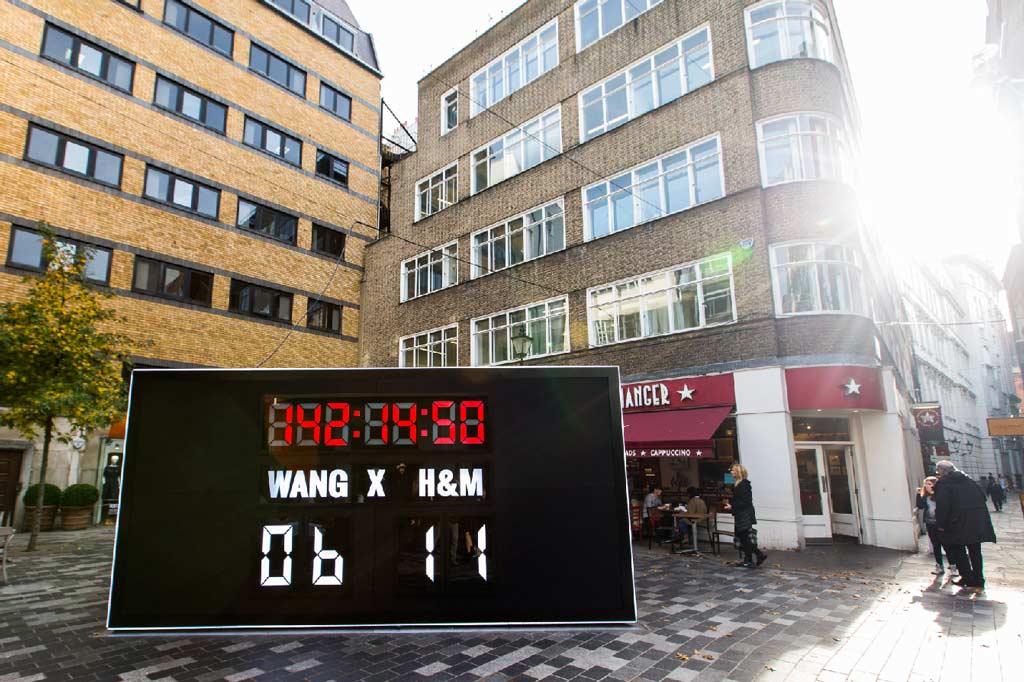 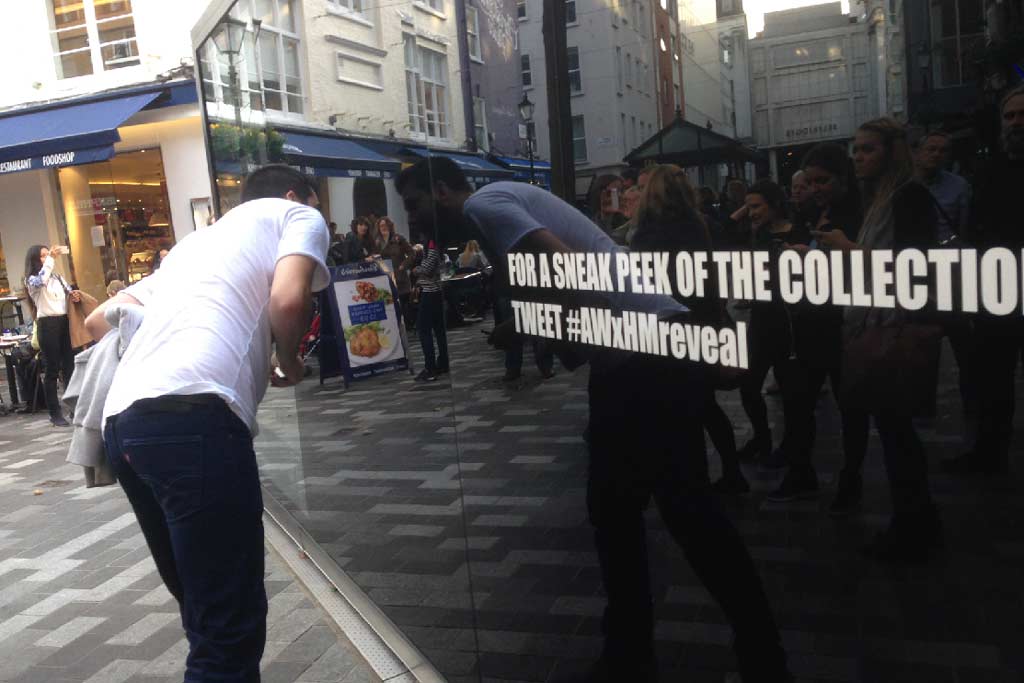 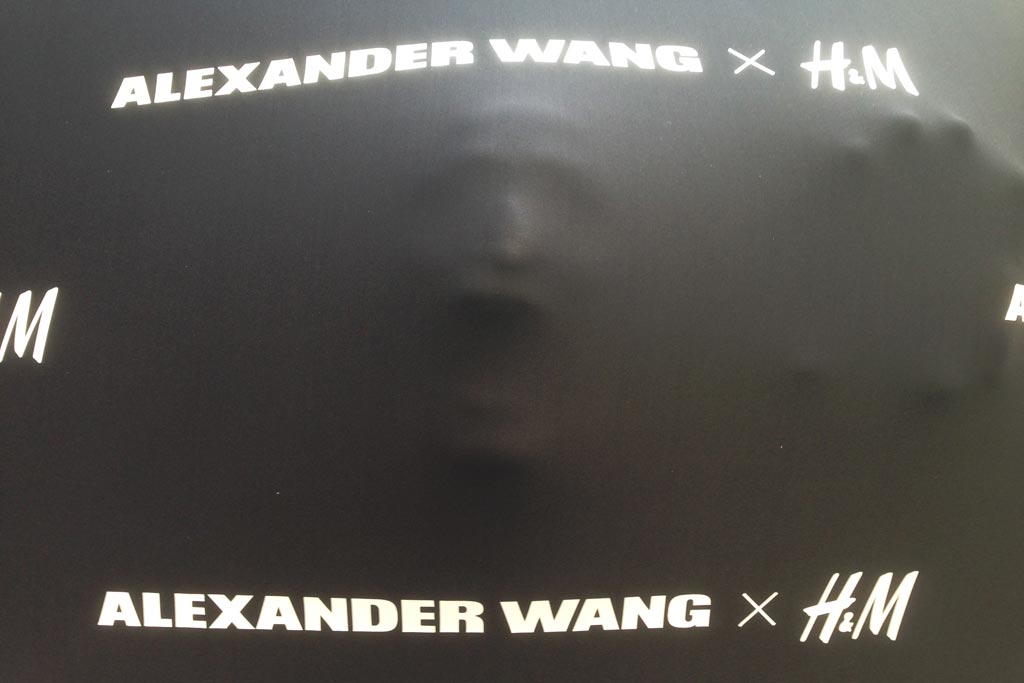 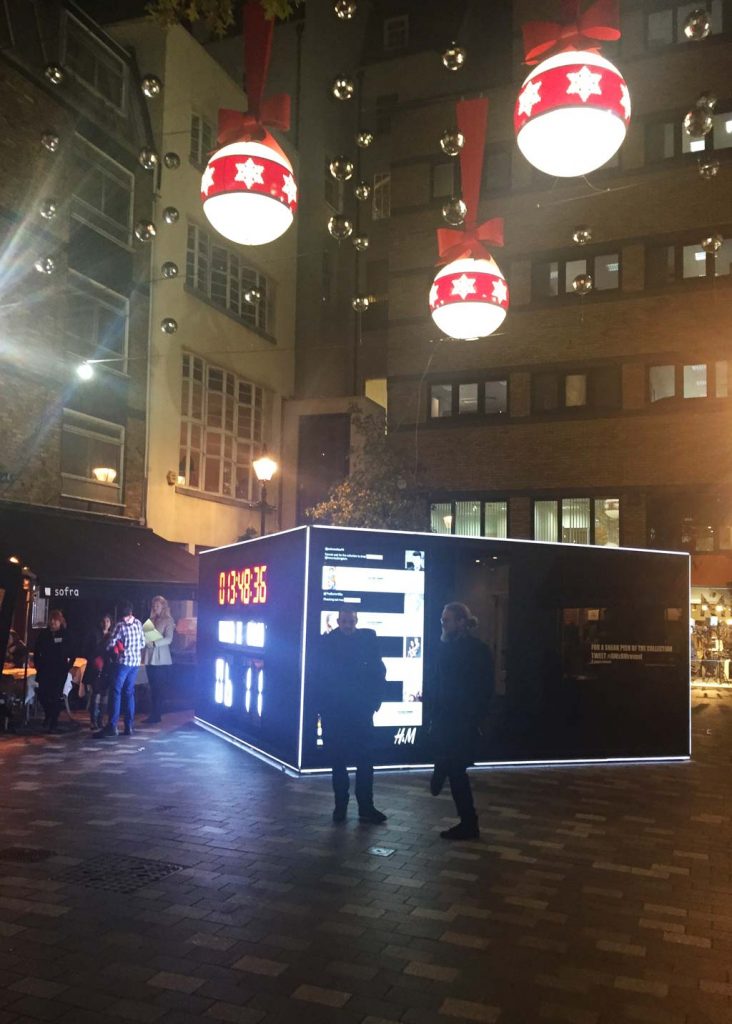 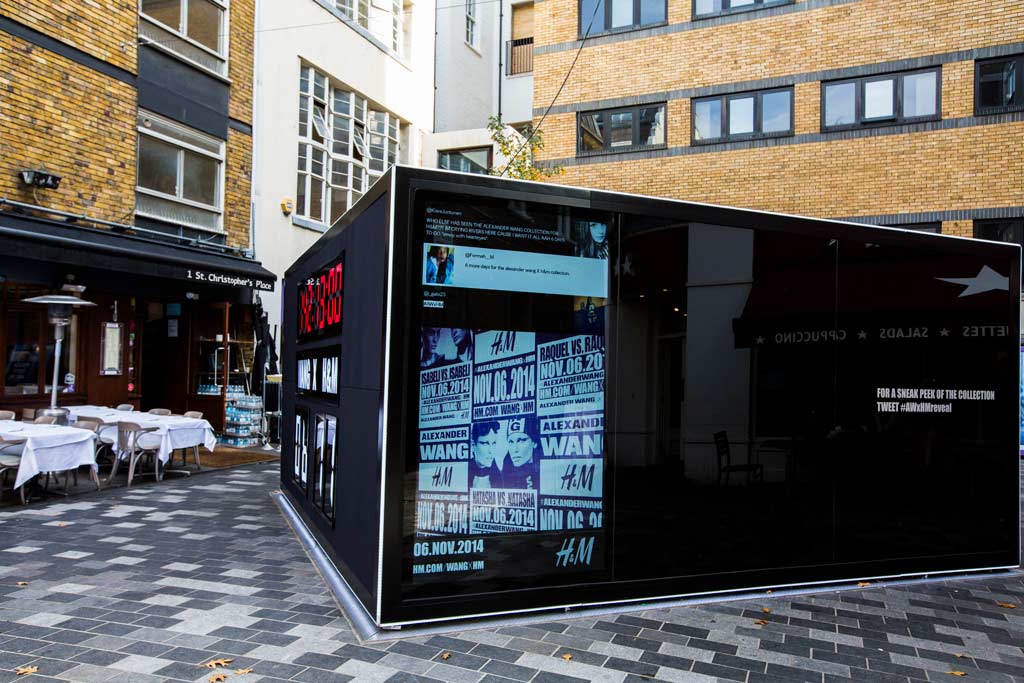 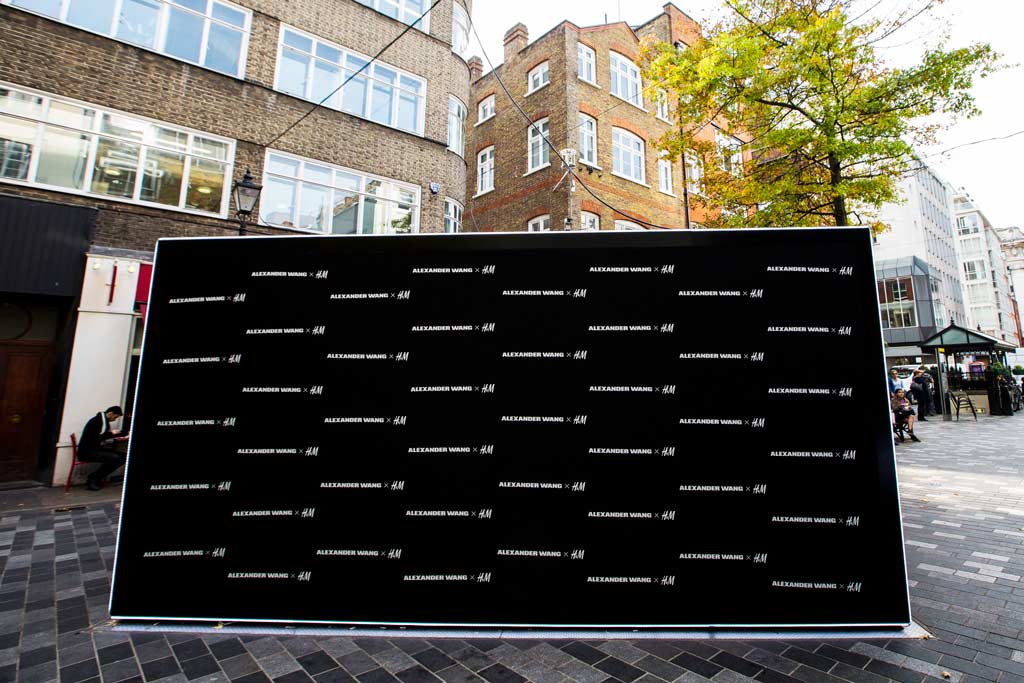